With apologies to Douglas Adams.

The brief entry for planet Earth in The Hitchhiker’s Guide to the Galaxy, the e-book with the words “Don’t Panic” written in large, friendly letters on the cover, has recently been updated.

earth 1 : mostly harmless 2 : best known as the site of the second ugliest building in the universe, which of course is the ironically named Algonquin Centre for Construction 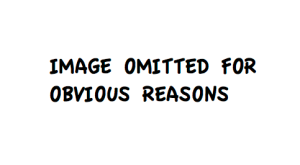 Excellence, Ottawa, Canada; the irregular, asymmetrical and drab building includes vegetation on the rooftop, reflecting nostalgia felt by the earth’s ape-like inhabitants for the trees from which they recently descended; bipedal species should note that the sight of the building can produce symptoms ranging from headaches and nausea to complete mental breakdown; protoplasmic species are urged to avoid the building at all costs as in all likelihood they will explode into puddles of goo; in general, the building appears to produce effects similar to that of Vogon poetry.

An earlier version of this was posted elsewhere. However, the building is still ugly.