During the 80’s, I never gave A-ha much thought. To me, they were YASB (Yet Another Synth Band), notable mostly for their the groundbreaking music video, “Take On Me”.

Then I saw Deadpool 2 and heard an arresting, acoustic version of “Take On Me”, and I was lost. Not only was this version of the song mesmerizing in its own right, it fit the movie perfectly. 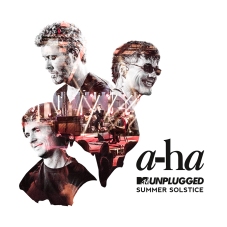 In short order, I found that the song was one of a set of re-worked songs on A-ha’s recent album, MTV Unplugged – Summer Solstice. I haven’t finished the album yet, but I’m already in love, particularly with the lovely acoustic version of “The Sun Always Shines on TV.”

This is encouraging because, I don’t know about you, but I find it increasingly hard to find music that excites me. Odd, considering how many choices there are out there. Music stream services have, how many songs? Lots. Lots and lots. But finding music that appeals to you can still be a challenge.

Movie soundtracks are becoming a great way to discover music. There are some great songs on the Lost in Translation soundtrack, for example. And don’t get me started about the Lord of the Rings soundtracks. For me, it was love at first sight. Trivia note: Howard Shore, the LotR composer, was once part of Lighthouse, a popular Canadian band in the 70’s, which I was also very fond of.

Meanwhile, I’m planning to sit back and give A-ha’s unplugged album a few listens.